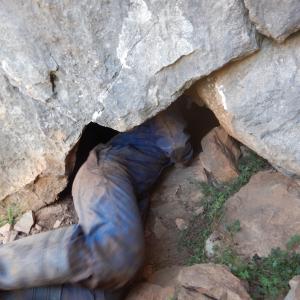 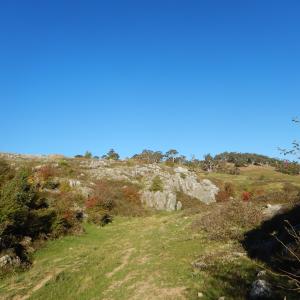 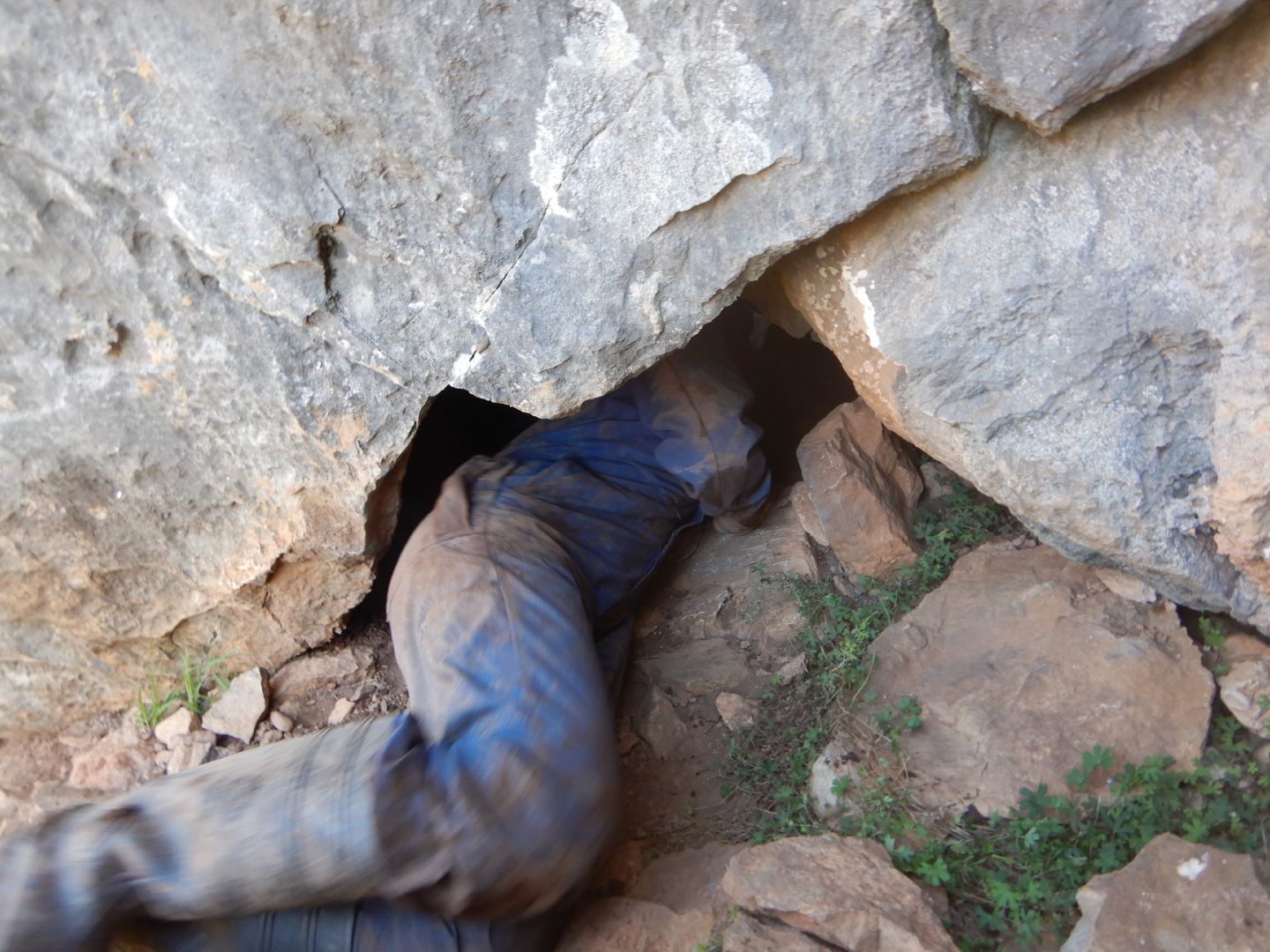 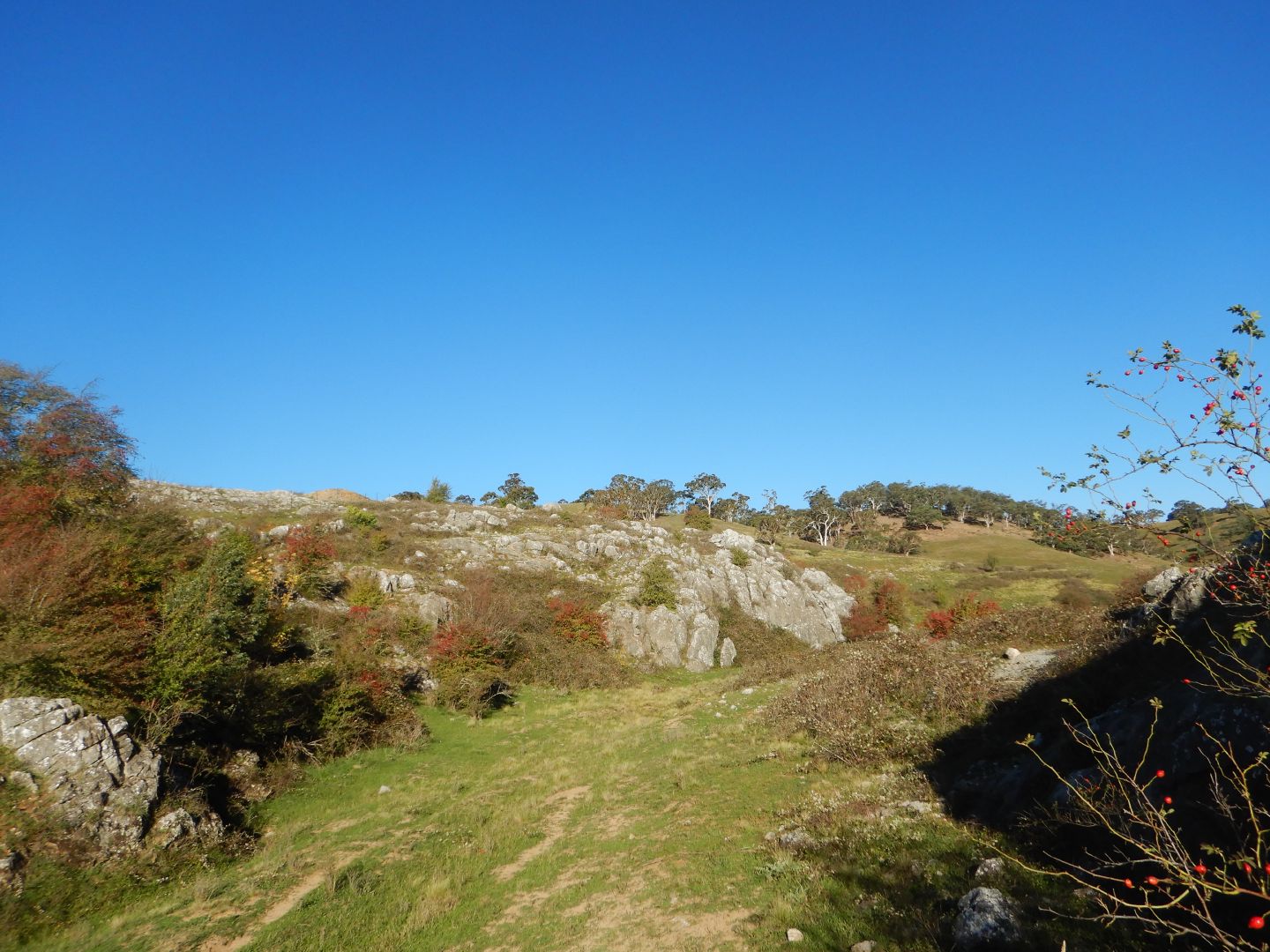 Having been on too many SUSS trips, Lachie came up with the bright idea that it was time for NUCC to begin surveying again, after the club took an extended break from it all in the early 1990s. Of course, his survey experience was next to non-existent. So, the field was set for a ‘practise’ surveying trip to Mount Fairy, using the somewhat derelict surveying gear unearthed in the Great Storeroom Audit of 2019. Only four soon-to-be surveyors could be lured back out caving the day after a Punchbowl trip, which meant that (much to Chris’ dismay) everyone ended up in Lachie’s car for the trip out past Bungendore.

Trooping up over the hill to Mount Fairy, we dumped all our gear in the entrance chamber of Main Cave (MF1-4), and studied the chambers measureless to all but NUCC. At which point it quickly became obvious- Lachie had chosen a rather complex cave for a first go at surveying… Still, not to be dissuaded, we launched into the survey. Chris and Whitley handled the tape, Lachie sketched, and Andy was the instrumentalist (shame about the lack of church bells, hey).

Immediately, deep existential questions of the sort NUCC is unaccustomed arose- like, are the LRUDs taken perpendicular to the station or the leg; are we sketching with the true distances or the hypotenusenal distances; and can we use Chris’ Scurion as a permanent survey station? After about six legs in two hours (half of that spent arguing), Lachie spat the dummy and stormed out of the cave to have lunch.

On the surface, the sun worked its wonderful calming powers, and everyone agreed to cease surveying for the day before knives were drawn. A tourist trip through the cave was quickly planned, and just as quickly aborted due to presence of bats. So we did what NUCC does best- napped in the sun for a while and talked about how we could be going caving right now.

After a while, Lachie and Andy wandered off to look for MF25, which has some pretties in it, while Chris meandered up the valley. Whitley snooped around in the gorge, and found a couple of interesting holes. Lachie and Chris came back to see what was up, and Chris and Whitley vanished into the holes, while Lachie took one look at the briar bushes guarding them and had a doze in the creekbed.

After a while Chris came back and reported that there was a squeeze, and Lachie should try it. He did, and got 2/3 of the way through before chickening out (apparently, he’s just too damn tall). So Whitley had a go at it, and after removing her helmet, broke through into suspiciously un-trogged cave. A lighter and a camera (but not a Chris or Andy, as neither fitted) were hurriedly passed through the squeeze, and Whitley headed off to explore, with Chris jammed in the squeeze as a communications relay. Lachie and Andy tried to dig an alternative route past the squeeze, but it proved too much for bare hands. After Whitley returned with video of the far section (including some bizarre commentary on worms), we all trooped back to the car in the last of the sunlight, elated that NUCC had found what looked to be a new cave!