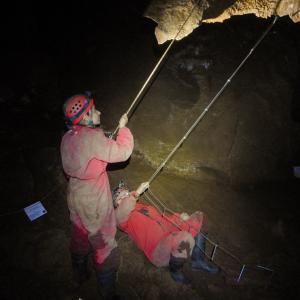 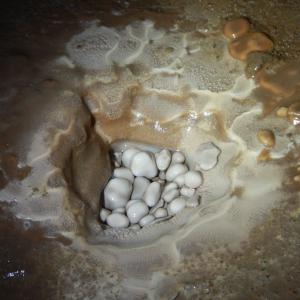 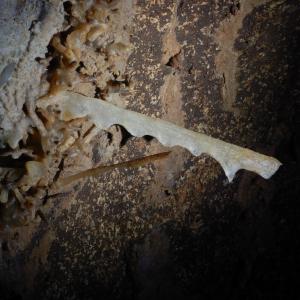 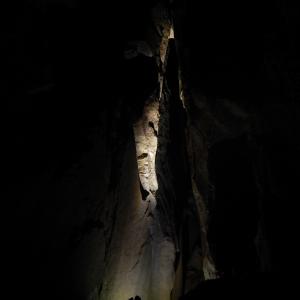 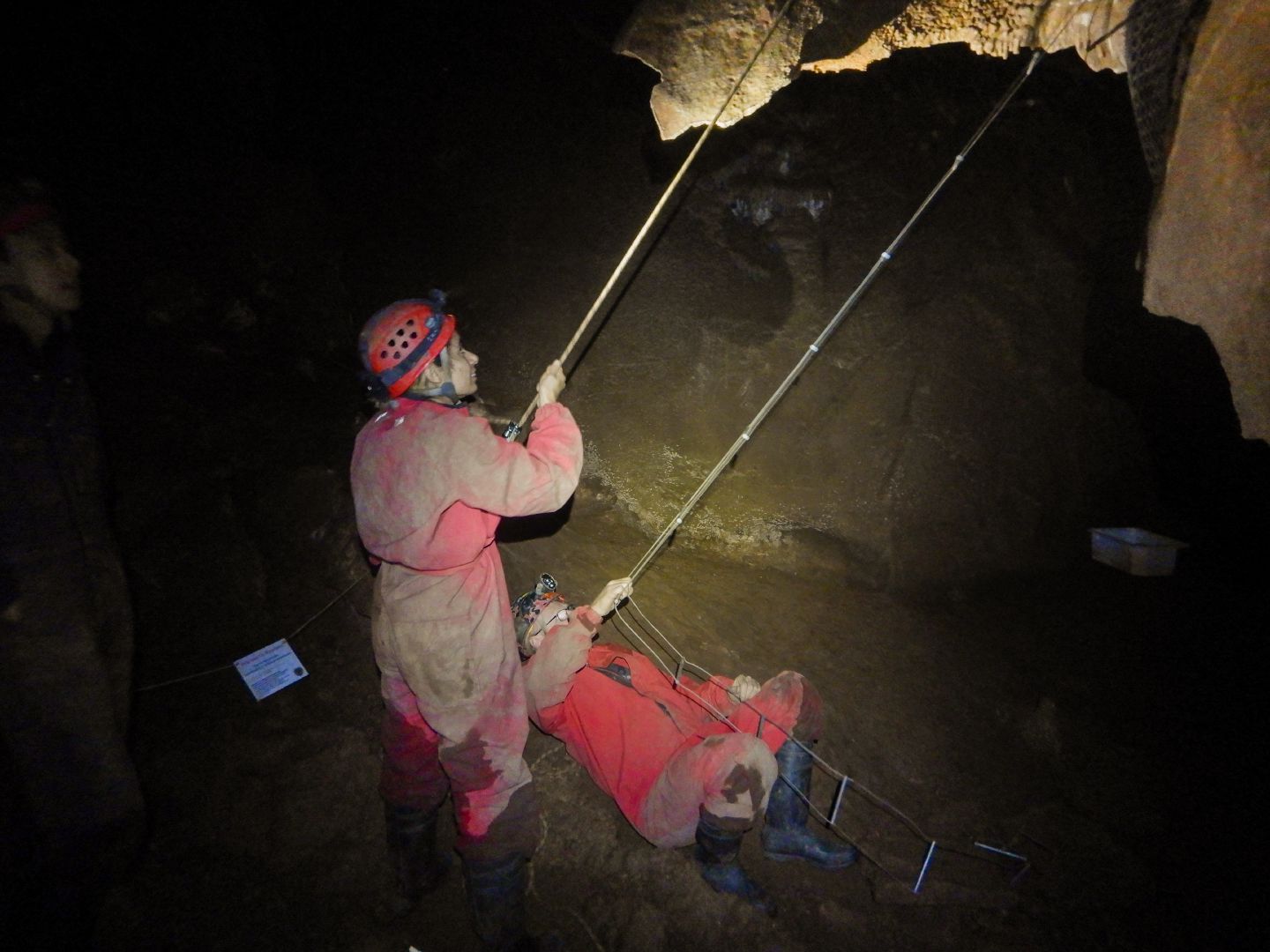 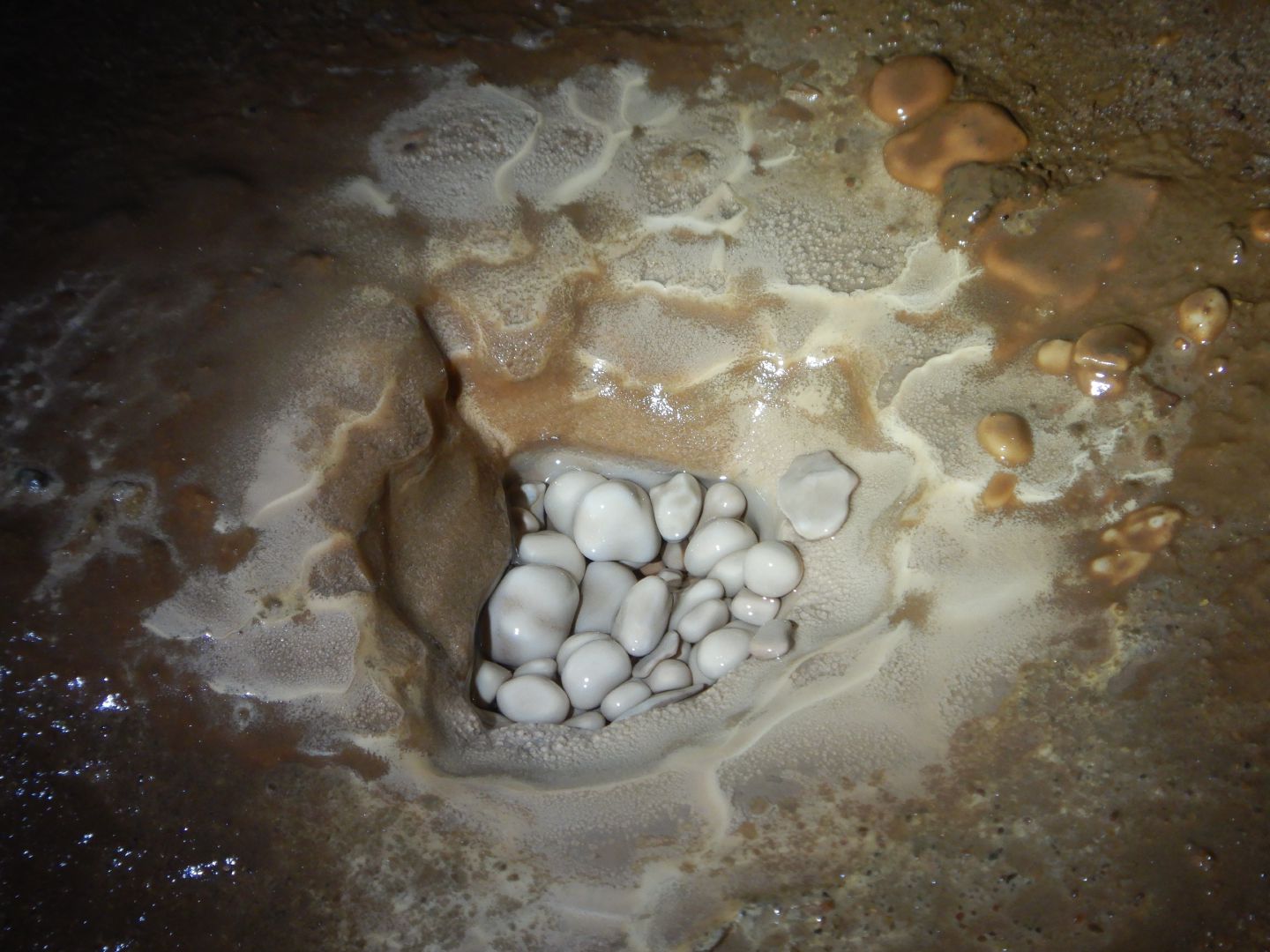 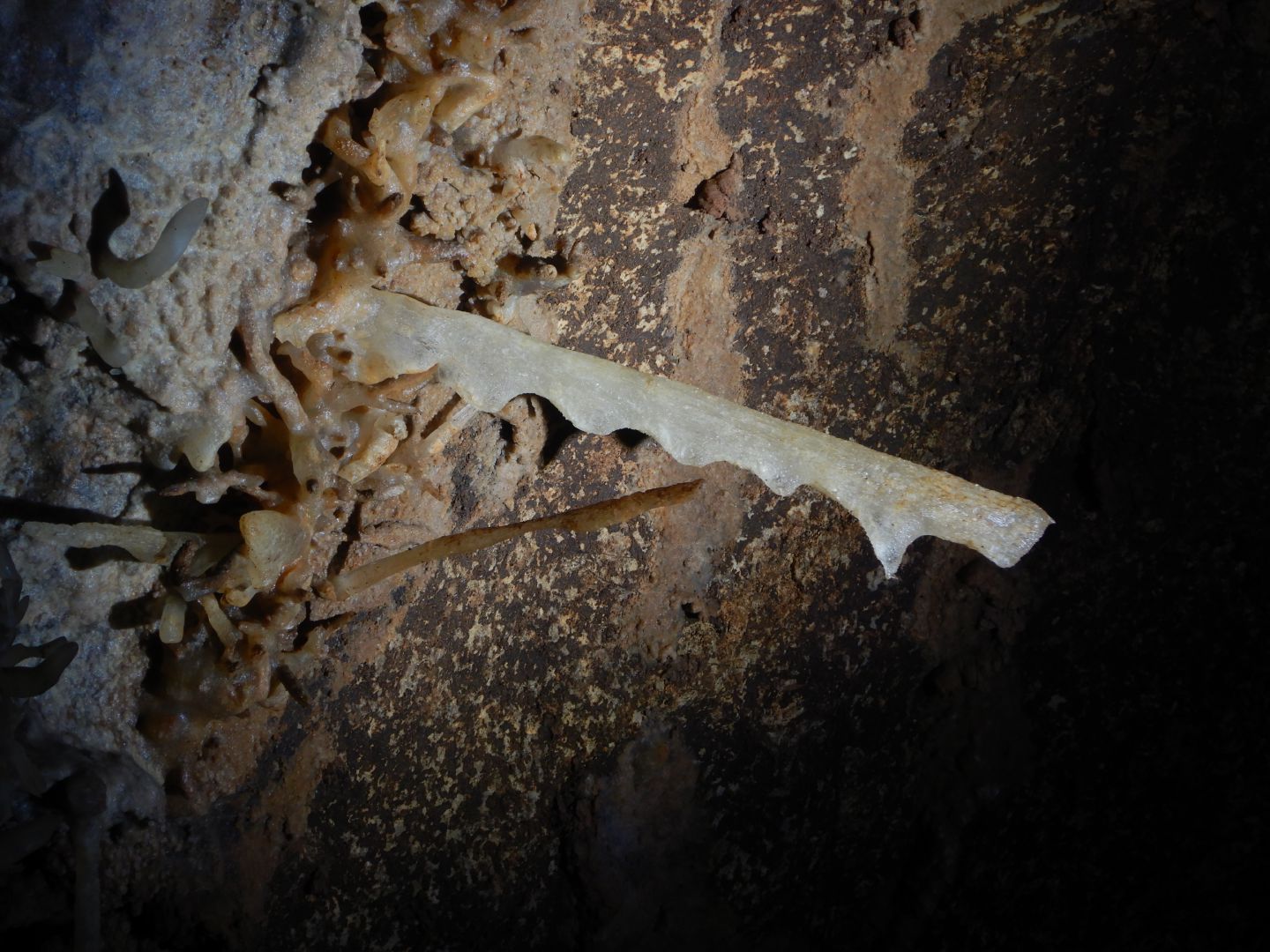 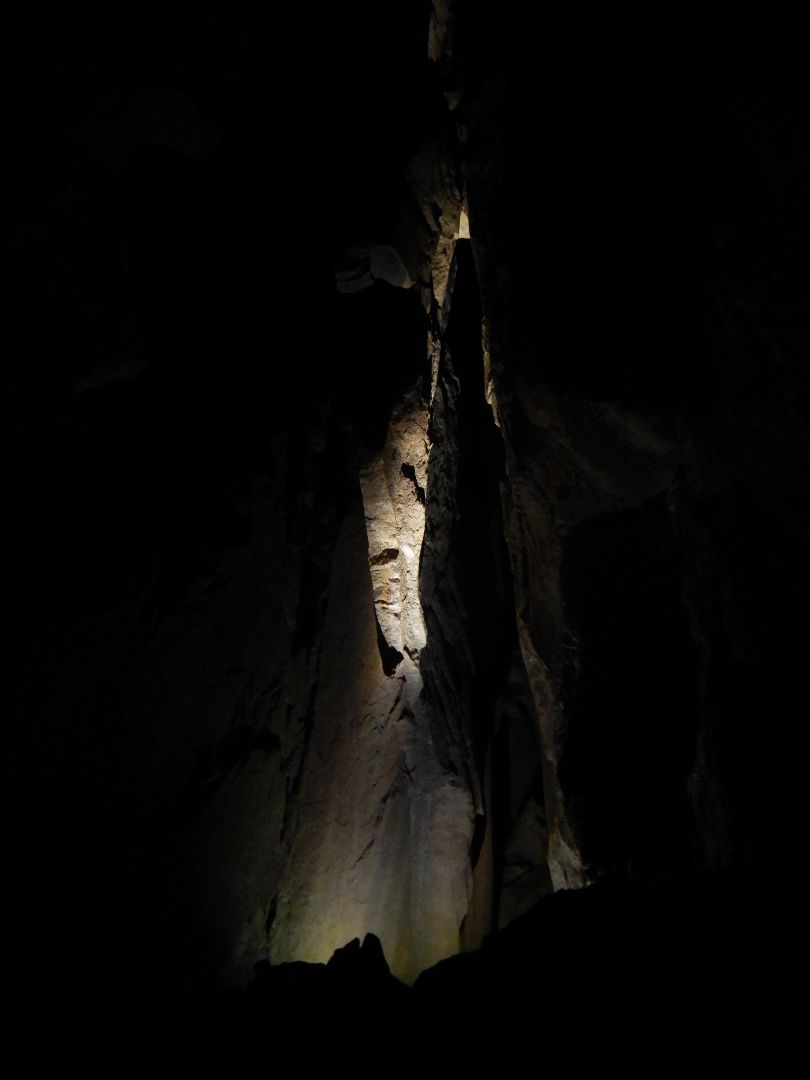 On Saturday morning, a group of intrepid cavers left ANU bright and early to go and explore Wyanbene Cave. Dressed to survive the wet and cold conditions of a streamway cave, we entered the dark and got down to business (eventually, after much deliberation about how many ladders were needed – for the record, 1 x 50ft was fine).

By the time we got to the gate, everyone was having a great time. After the handline was set up and the gate unlocked (a difficult process), people examined the sump and had a chat about the cave. We all agreed that it was pretty great – and we weren’t even at the ‘good‘ section yet! Past the gate we explored a small chamber on the other side of a squeeze between the gate and ladder pitch. It had a teasing amount of helictites inside, and got us excited for what was to come.

Helictite Chamber did not disappoint either! There was an amazing amount of formation around us, clumps of helictites larger than anything any of us had seen before, alongside some lovely shawls and a few stalactites. Eventually, though, we continued on towards our final destination, Gunbarrel Aven.

I honestly didn’t think anything would impress us more than the helictites, but I was wrong. As you walk into the aven, you’re just immediately hit with a sense of BIG walls. The 100m+ of sheer rock curving up into the dark (even Scurions could barely light up the top!) and surrounding you in a circular ‘gunbarrel’- esque shape was magnificent. The climbers among us were instantly plotting where possible routes could be set, and all of us were just looked around taking it in. We ended up all sitting down and just staring up, trying to decide if the long shape on one of the side walls was a balloon being overgrown by calcite and mud or just a very strange formation, and admiring the huge chockstone that separates the Gunbarrel from another adjacent aven.

After a while, though, the fact that we had spent the last few hours wet caught up to us, and it was time to head out again. I was immensely happy that I had thought to wear knee-pads as we entered the streamway crawl. For once, my knees escaped a trip unbruised!

We reached the ladder pitch much faster on the way out that the way in, and it was this time, with nothing to lose by getting even more drenched, that a few of us had a look at the duck under in the streamway. Sitting in chest deep water trying to find a hole that you can’t see is definitely an activity for on the way out of the cave – its not a warm experience. All we have to say about that duck under option is “NO WAY”. Its deep and boggy, the gap in the rock is narrow sideways, and it would need digging out before it would be safe to attempt, as there’s only about 20cm clearance.

Being soaked while waiting in-between the ladder and hand-line, I was glad that my thermals were pretty effective! Even wearing them, I got a really good feeling of why this section was called the ‘Blowhole’, and I was glad I didn’t have to wait there too long!

It was nearly dark by the time we were out of the cave, and we were all a little weary, but everyone agreed that it had been a great day. There were a few of us who wished we had thought to bring a towel, but we changed into car clothes nevertheless, and by the time we got back to ANU we were nearly warm again!