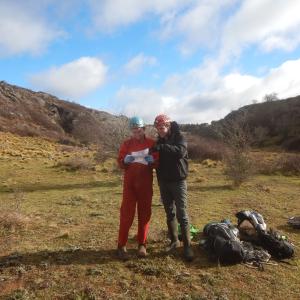 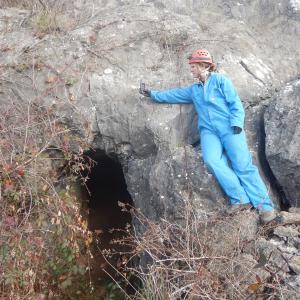 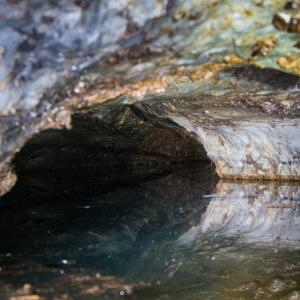 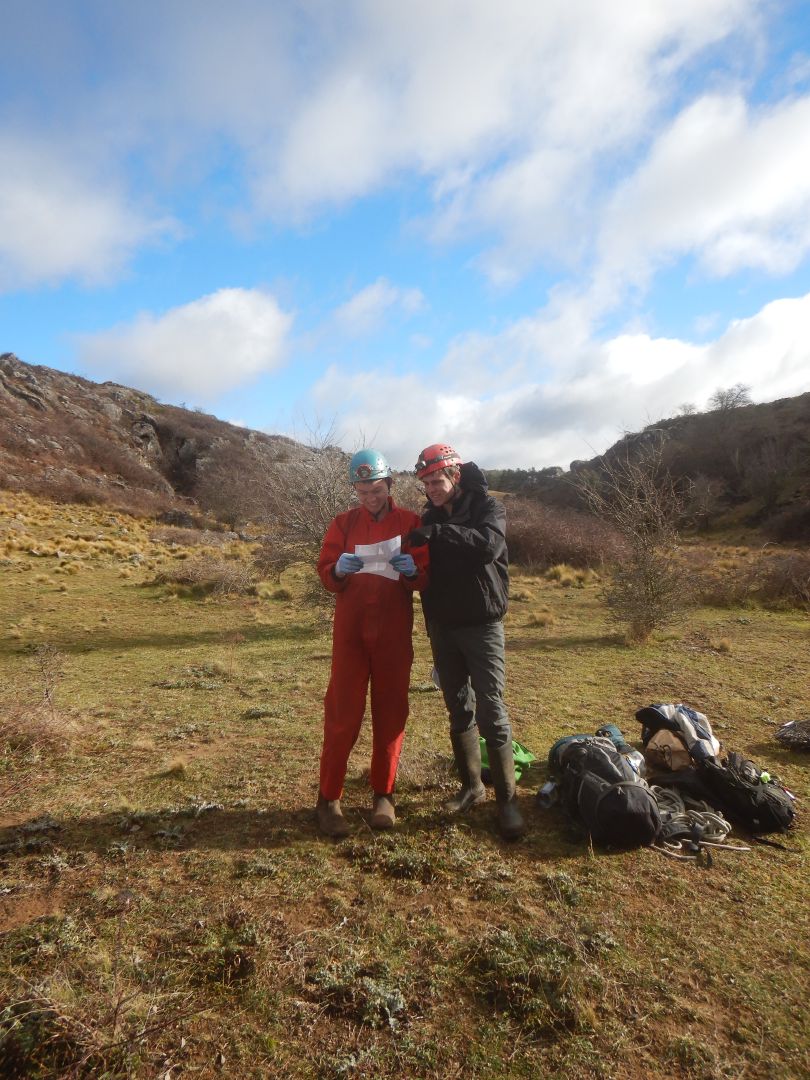 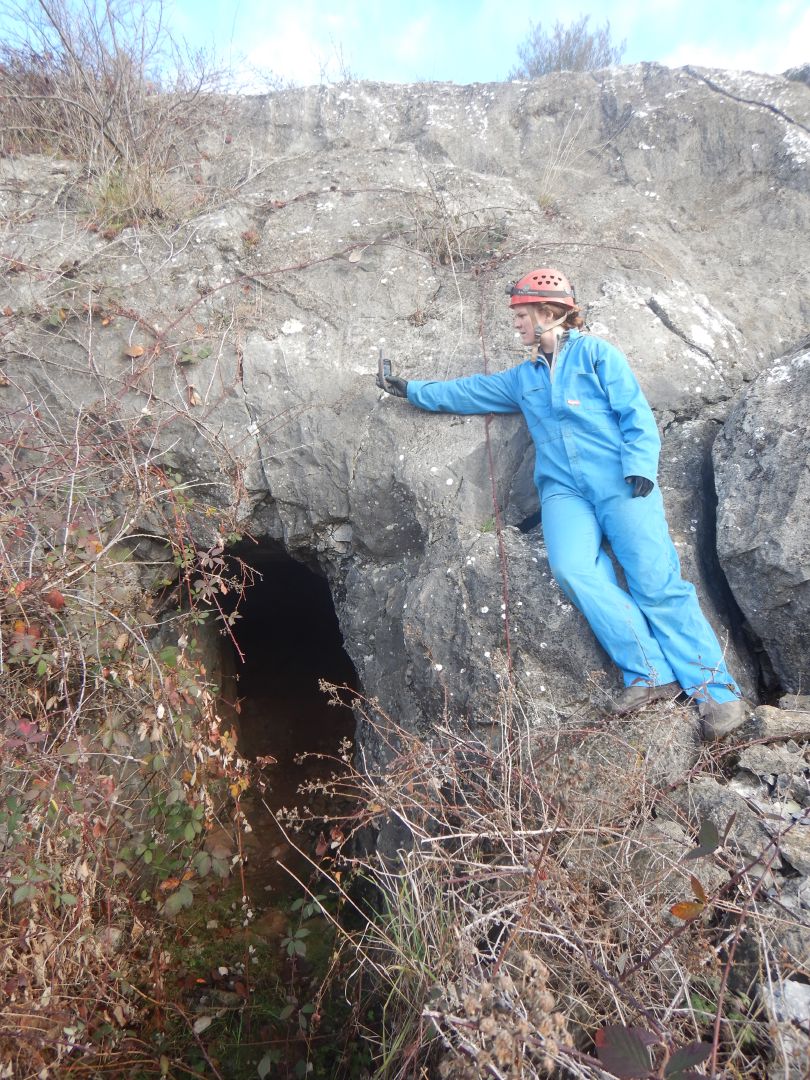 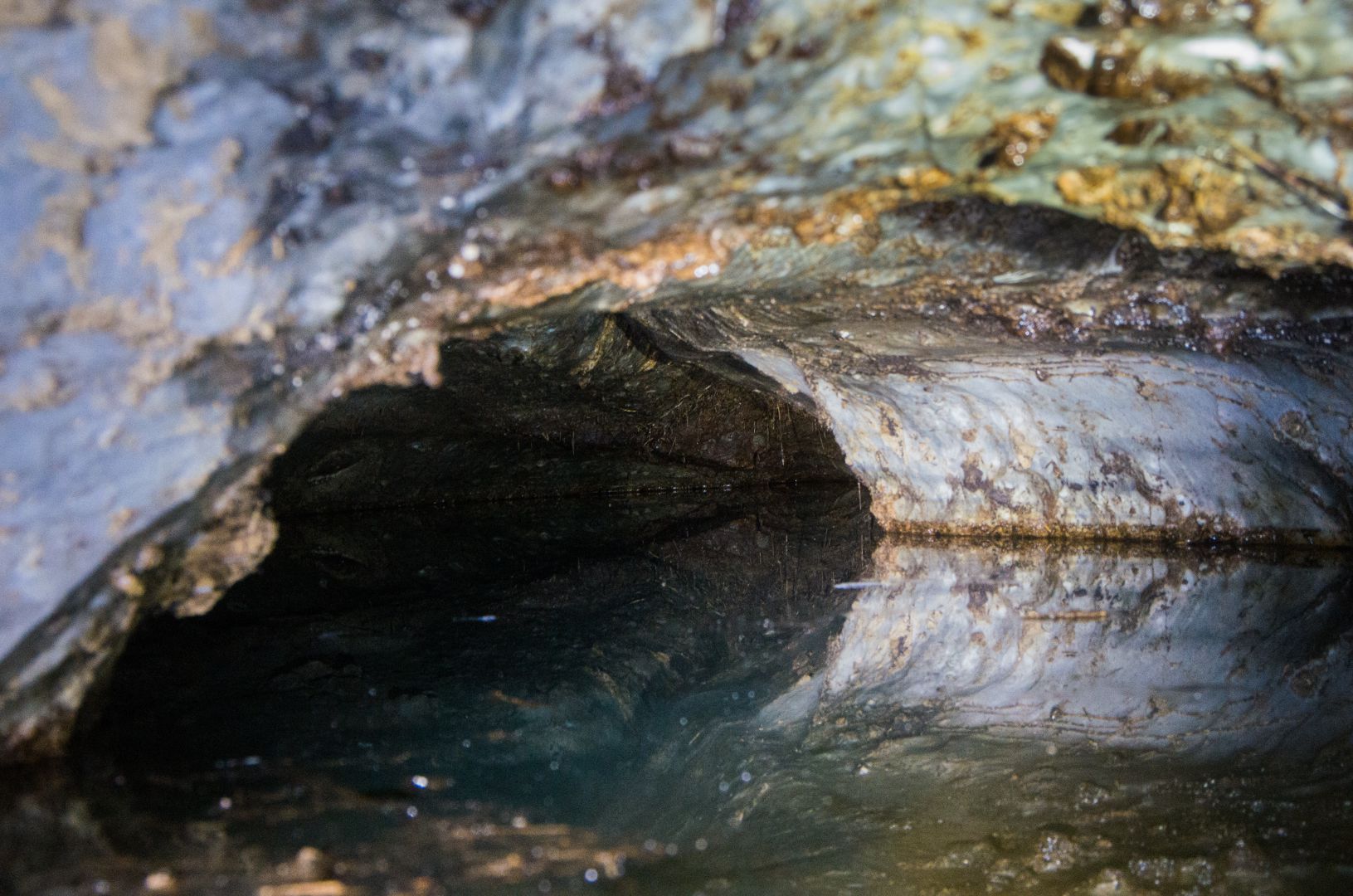 A last-minute-organisation trip out to Mount Fairy to do some of the stuff on the massive hit- list. We literally got access permission the night before, so there had been some talk of SRT at Bungonia instead. The three main goals were to:

A.) GPS locate as many of the caves in and around the main creekline as we could

B.) Take photos and measurements of all the sumps in Main Cave (MF1-4) to provide bait to entice SUSS divers down here

C.) Relax in the sun

We had some progress on goals A and B. Goal C was the only unmitigated success.

It was extremely windy at the carpark for Mount Fairy, so windy that we were dreading that the valley would be some sort of wind- tube. Everyone geared up accordingly, especially Lachie, who geared up so thoroughly for freezing winds that he needed help to stuff his gumboots on over a billion pairs of socks. We were instead very surprised to find it very pleasant and wind-free in the valley, and immediately set about looking for lost caves and GPSing the ones we knew. This took some time, slowed by the blackberries and some dork loosing our only copy of the Mount Fairy book down a shaft, requiring the setup of a ladder and belay to retrieve it. Andy was on form as the NUCC horticulturalist, and Whitley found yet more horrible little crawly holes that may go somewhere.

Chris and Lachie made a foray into Main Cave to try and reach Sump 1, but had to retreat from every attempted route due to the hibernating bats. However the small sump on the way to the Cat Door (MF50) was reachable, and was quite low and full of yabbies. Neither Chris nor Lachie could entice the other to try the sniffer it presented.

The Cat Door proved easy enough to reach from inside Main Cave, but alas, opens up into blackberry soup. Lachie tried to convince Chris to crawl through a dead wombat into this blackberry mess as a supposed easy route out of the cave, but something about the inordinate amount of glee in Lachie’s voice dissuaded him from attempting it.

Eventually the breeze came back, and we beat a very brave retreat back to Canberra after a successful day- we located over two-thirds of the known caves at Mount Fairy. Unfortunately, several new things were also added to the large Mount Fairy to-do list…