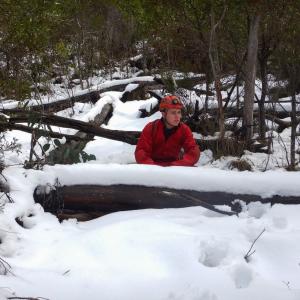 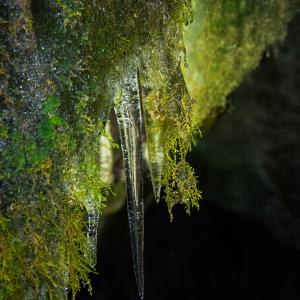 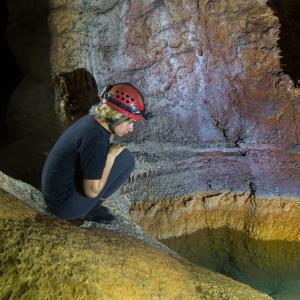 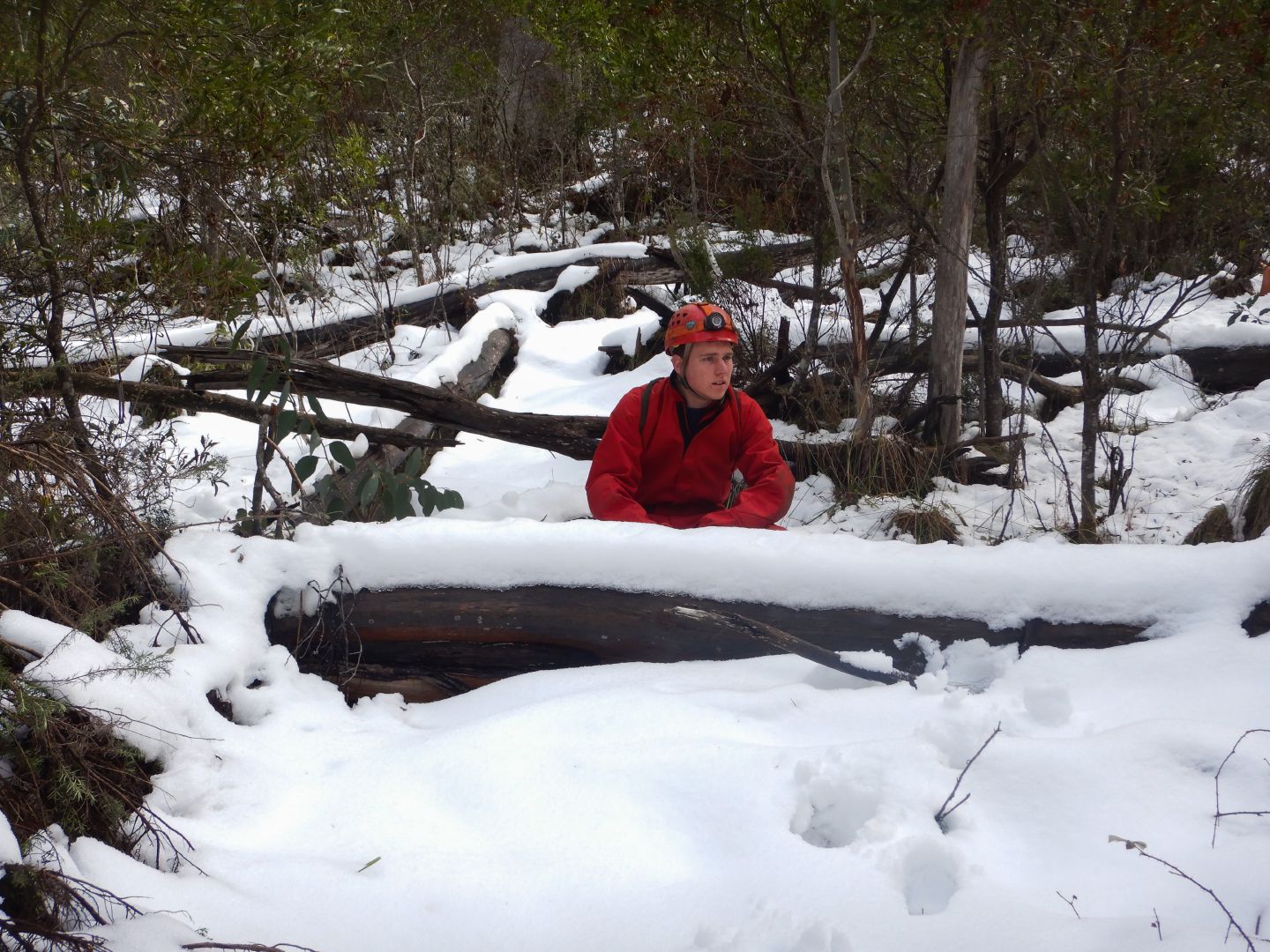 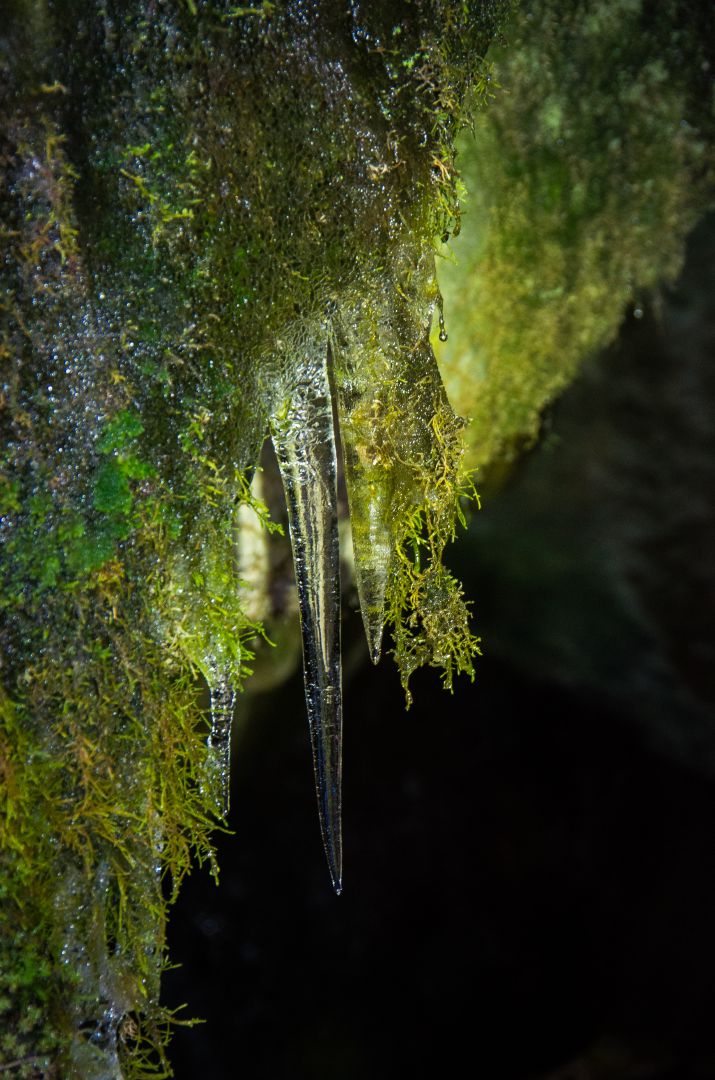 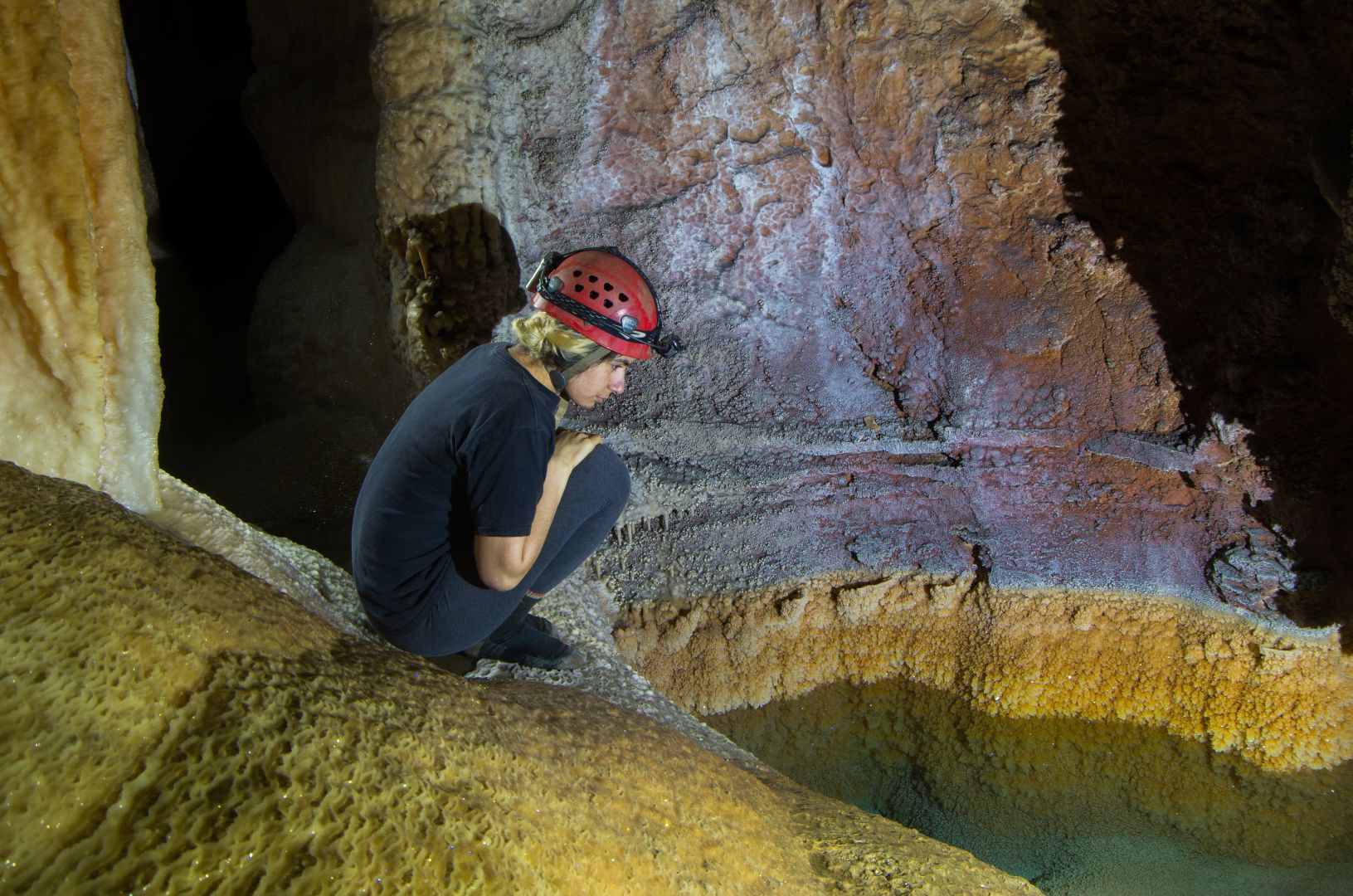 This trip nearly didn’t happen, as we were really worried about all the snow. Instead it turned the Snowy Mountains into a snowscape, all the way from Adaminaby. Lots of brumbies on the way up, and snow around Cotterills Cottage in Yagby Village. We were real keen to get out in it, so dived straight into the snow and headed down to East Deep Creek. Whitley and I were trying out our new trogsuits for the New Zealand trip happening in a fortnight, and they did a good job of stopping the snow and blackberries. The entrance to East Deep Creek was nearly buried in snow, and it was cool to see icicles in the shape of shawls and stalactites around the entrance of the cave. Inside the cave, we went down to an amazing room of formation that we had to detrog for, and Lachie spent ages mucking around with his camera while we all froze in our detrog gear.

Coming out, we went over the hill to visit Restoration Cave, but Whitley, Bill and Emma decided it was getting late and headed back to the cars. Chris, Lachie and I got in as far as the old gate spot, but realised we had the key for the cottage, so headed off after the others. So, no Restoration, but we got a good evening around the campfire instead.

On Sunday, Chris, Emma and Bill went down to Coppermine and enjoyed the front section and sump. Lachie, Whitley and I went looking for Bathhouse instead, but chose the wrong gully and spent the day bushbashing instead. We decided to follow the creek anyway, and see where it sank, but there were no caves sadly (we had the misfortune to pick Traverse Creek, which traverses the limestone, but doesn’t have a known sink). Still we did find a nice waterfall instead, on the creek where it headed down into the gorge before heading home.