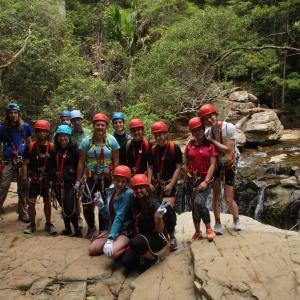 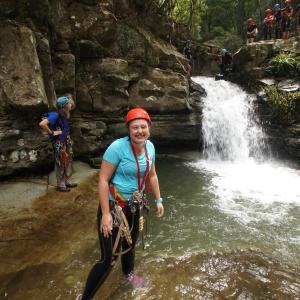 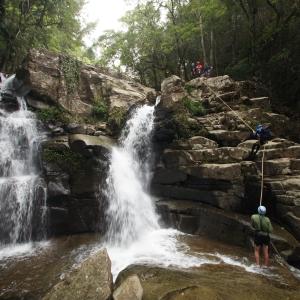 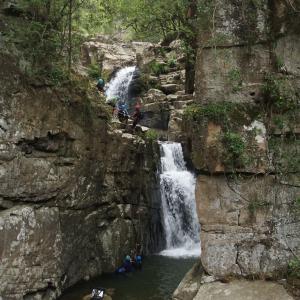 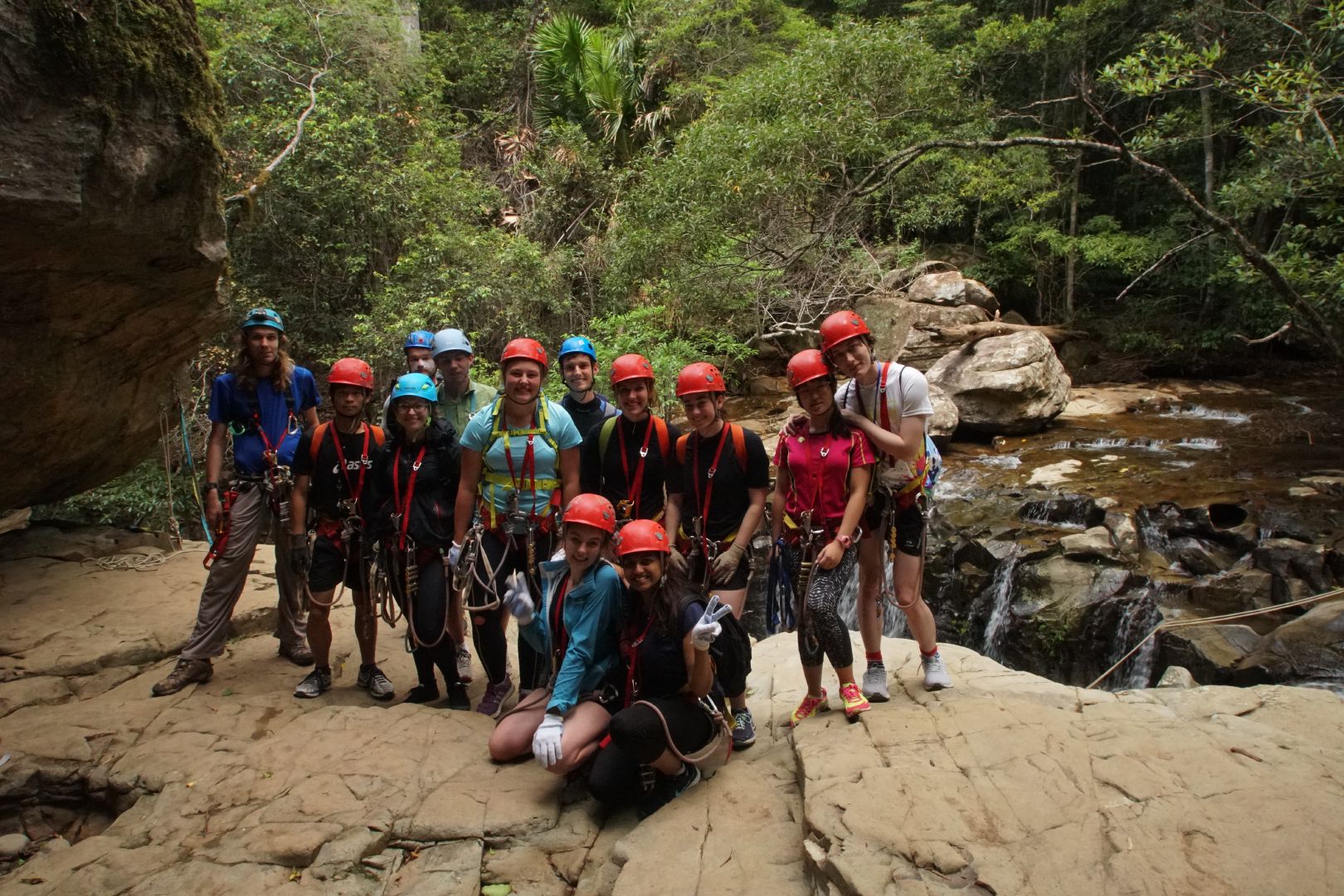 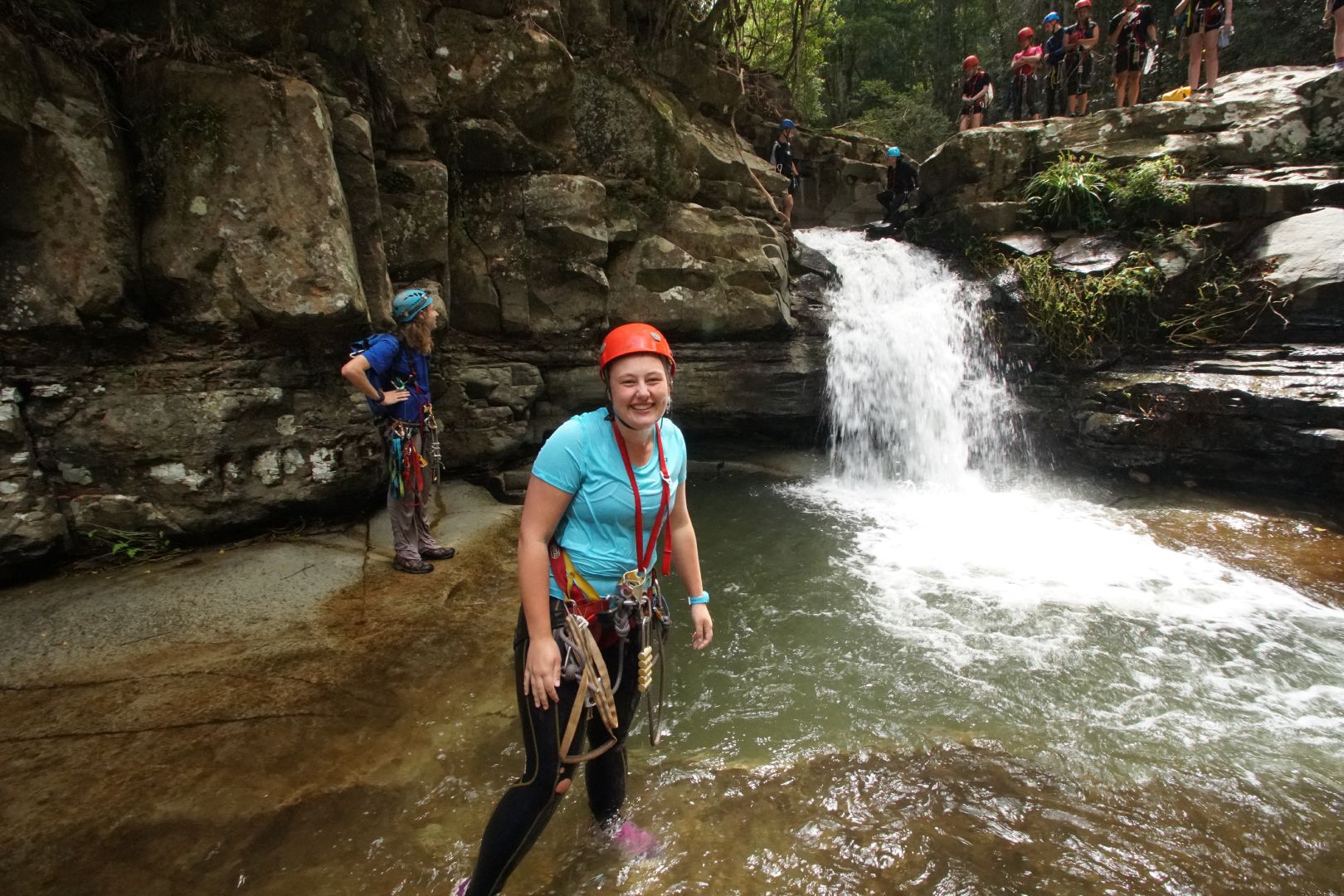 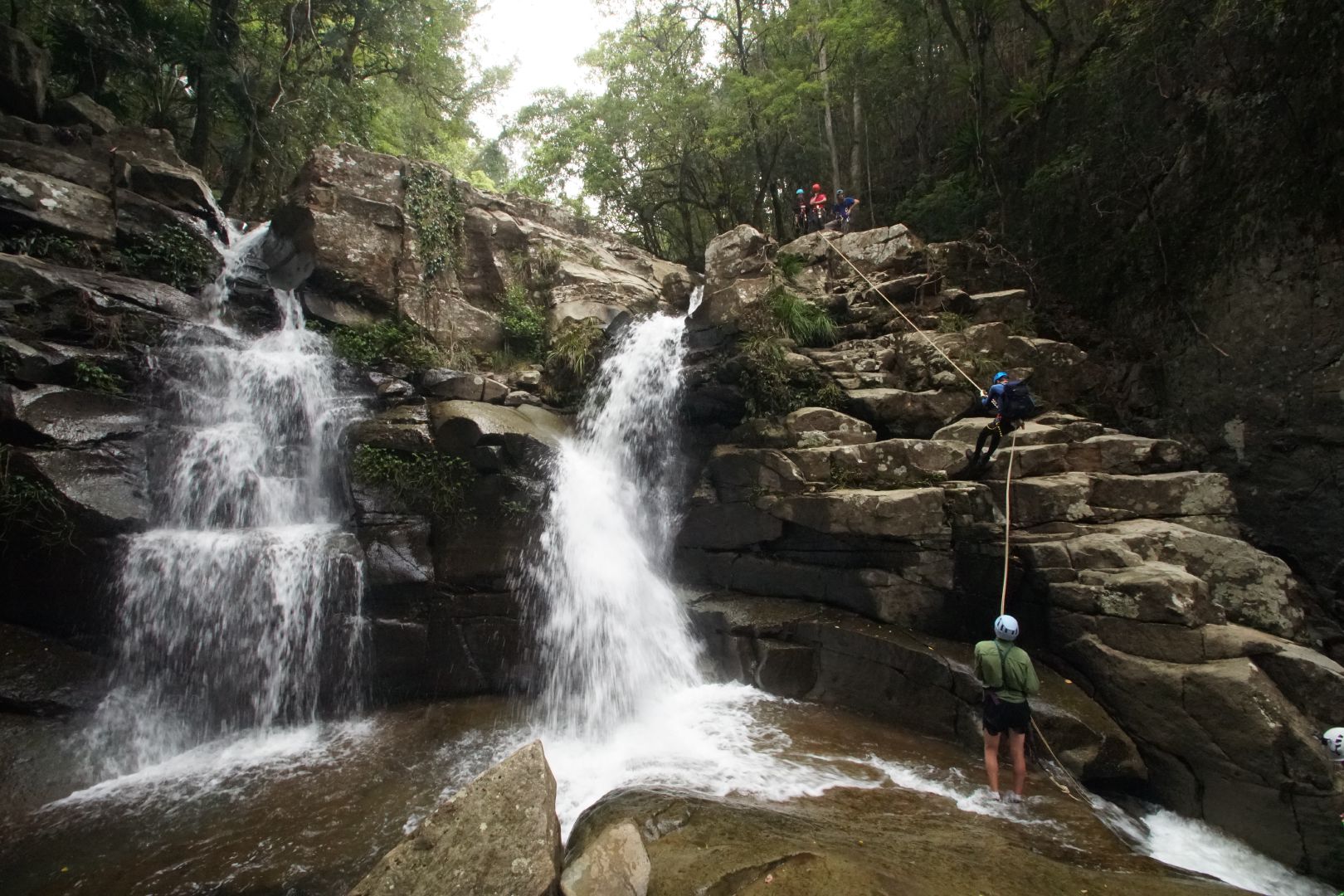 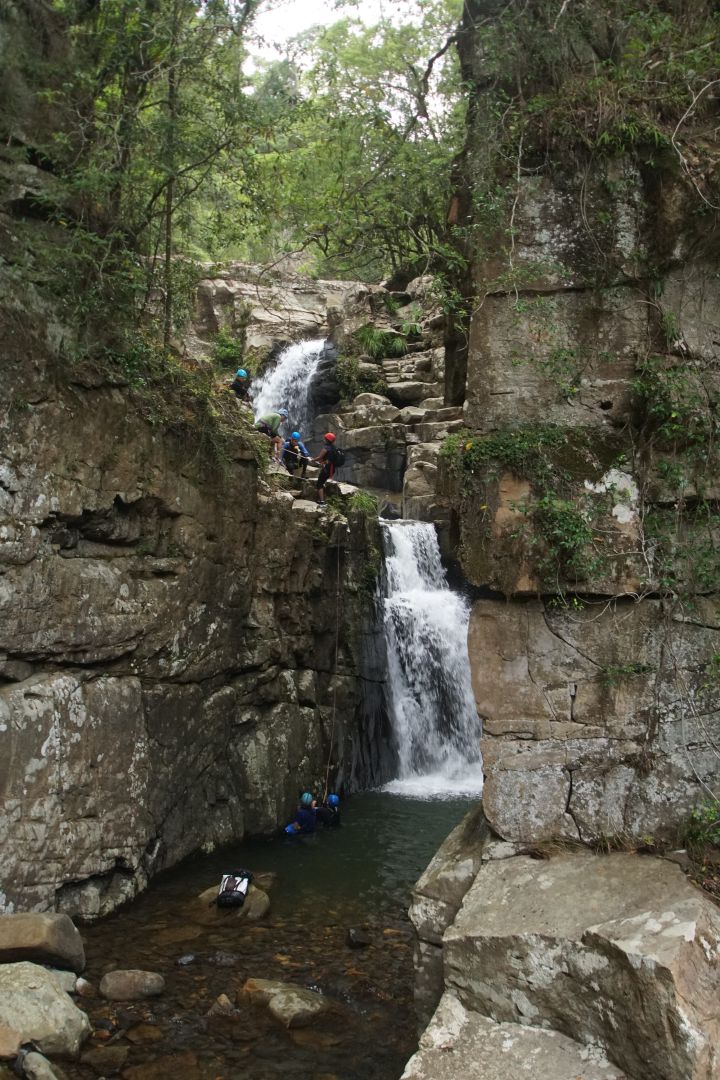 This was one of the first trips of the year after Market Day, so it was a big four-car convoy that left the regroup point at Robertson. We were relieved that the smoke had now definitely cleared and the fires had stopped – even on Market Day, it hadn’t been entirely certain whether the trip would go ahead. We were not alone. It seemed that everyone this side of Sydney was eager to make the most of what now remained of summer, and the road through Macquarie Pass was busy. The tiny carpark at the canyon trailhead was crammed to overflow. Our four cars obviously didn’t fit, and we shuffled three of them to the exit straightaway and left one on the road shoulder.

The atmosphere of our group was friendly and excited; for many, it was their first time canyoning. While the first pitch was rigged with a dry route and harnesses were fine-tuned, some of the more experienced canyoners abseiled directly down the waterfall. There had been precious little opportunity this summer to experience that feeling of water spray as the rope slides through your rack, your harness takes your weight and you step back over the edge – it was good to savour that now.

At the bottom, treading water, I fumbled with my rack. I was a bit out of practice, and slower than I would have liked in getting the bars off as I tried not to inhale the waterfall pouring down the rocks. Much later in coronavirus lockdown, reading a canyoning book written by a New Zealander, it was interesting to note that over there they prefer figure-8 descenders and rigging the rope, without the end knotted, to hang just touching the surface of the water. That way, canyoners simply abseil straight off the end of the rope into the pool. In New Zealand, where the volume of water barrelling through a canyon is much greater than here, it seems that faffing with rack bars under a waterfall is much more dangerous and best avoided.

The middle sections of the canyon passed smoothly in a series of abseils and one optional jump-slide – each one framed by dark rock, white water and verdant bush. With the excuse of nursing a camera, I avoided the jump and took photos of others down the bottom instead. Our group became faster and more efficient at getting down the pitches as we made our way through the canyon, but by the final pitch, shivers and stomach rumbles were inevitable. We had intended to do the canyon as several sub-groups leapfrogging ropes, but the number of other groups in the canyon had made that impossible and turned the trip into a long day.

I was impressed by the walk out – no huge, near-vertical uphill slog like Bungonia; no marathon cross-country bush-bash like Claustral. Instead it was a mild, short walk along a tourist path to the carpark. Lolly snakes were shared around and dry clothes gratefully put on. It was a great trip to start the year and introduce many new club members to the sport.