Wee Jasper (‘Wee J’) caves are quite well known. With their proximity to Canberra, they receive a lot of visitors every year. As a consequence, many of the cave decorations have been destroyed or damaged. These caves are easy for beginners to try their abseiling and prusiking in-cave. Some pretty sections remain in all caves and should be looked after. The primary accessible sport caves are:

Note that there are many caves on private land, but these are NOT accessible to most people, nor most cavers. There is also the tourist showcave, Careys Cave to the north of town. It is very pretty, and worth a visit if you’ve never been to Wee J before.

There is a book on the public caves of Wee J, called Wee Jasper Caves, which has some historical and geological information on the caves, as well as maps. It is available from the Australian Speleological Federation here for sale. Sometimes copies are available at the Wee Jasper Reserves office.

Access is via Mountain Creek Road from Canberra, and is usually about a 1.5h drive. Sawyers Gully Road makes an interesting alternative longcut, but don’t try Doctors Flat Road: it is closed partway due to private property. We generally camp at the Fitzpatrick Trackhead of the Hume and Hovell Walking Track, which is on Wee Jasper Road just after its junction with Nottingham Road. We favour Fitzpatrick because it is closer to the caves, but it also tends to be quieter than the riverfront camping, which can be packed on long weekends and in summer. You can also get to Wee J via Brindabella Road, which takes noticeably longer. From Sydney, the best access is via Yass and the Taemas Brige.

Camping areas are provided in various locations around the caves, and are administered by Wee Jasper Reserves. Camping fees are payable to the ranger in the morning ($15pp, per night), along with a cave day-use charge ($2pp). Toilets and BBQs are provided on some camp grounds, with some showers and drinking water outlets being available too. Be careful though, not all water is potable, and some comes straight from the Goodradigbee. Campfires are sporadically possible too, depending on the current conditions. The Reserves management is located at Billy Grace, and prefers groups to book in advance, although smaller parties are fine to just rock up. 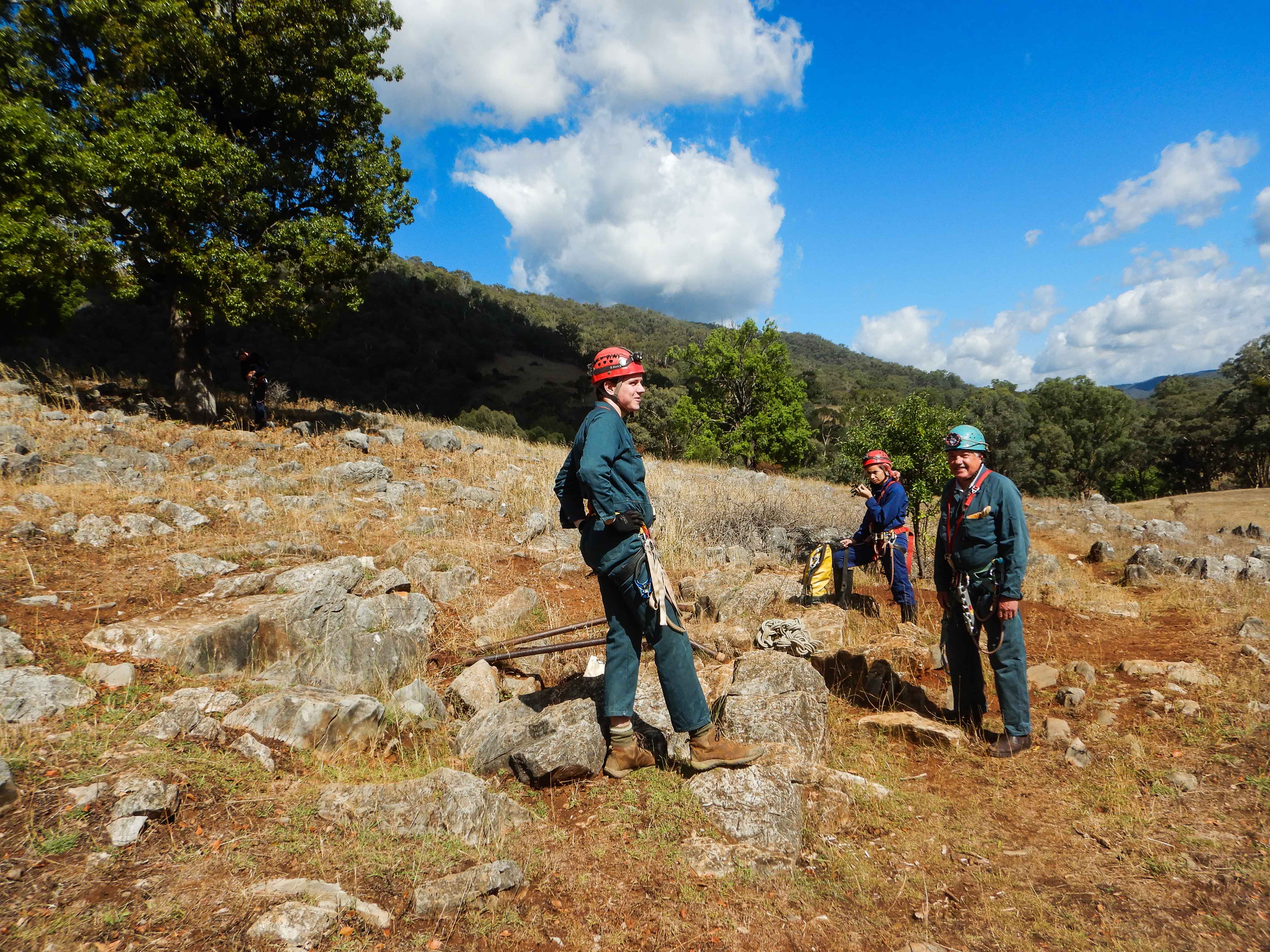